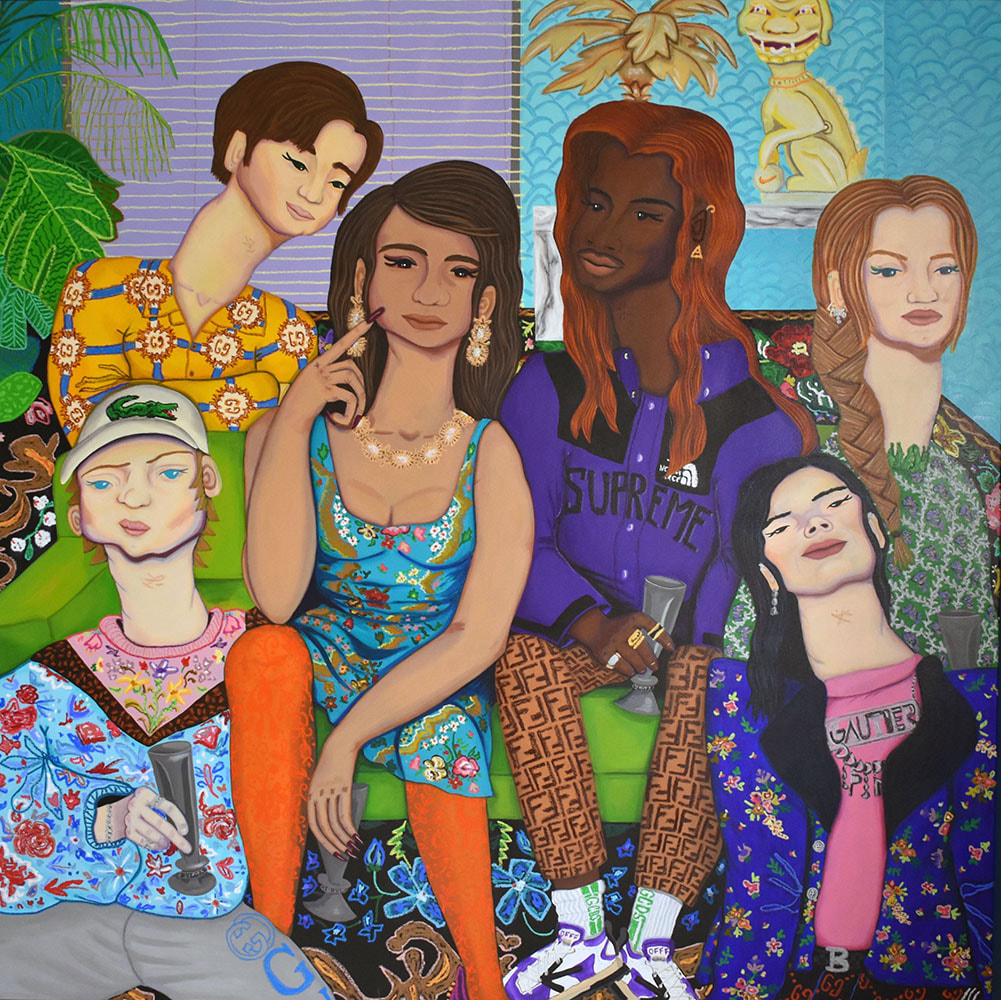 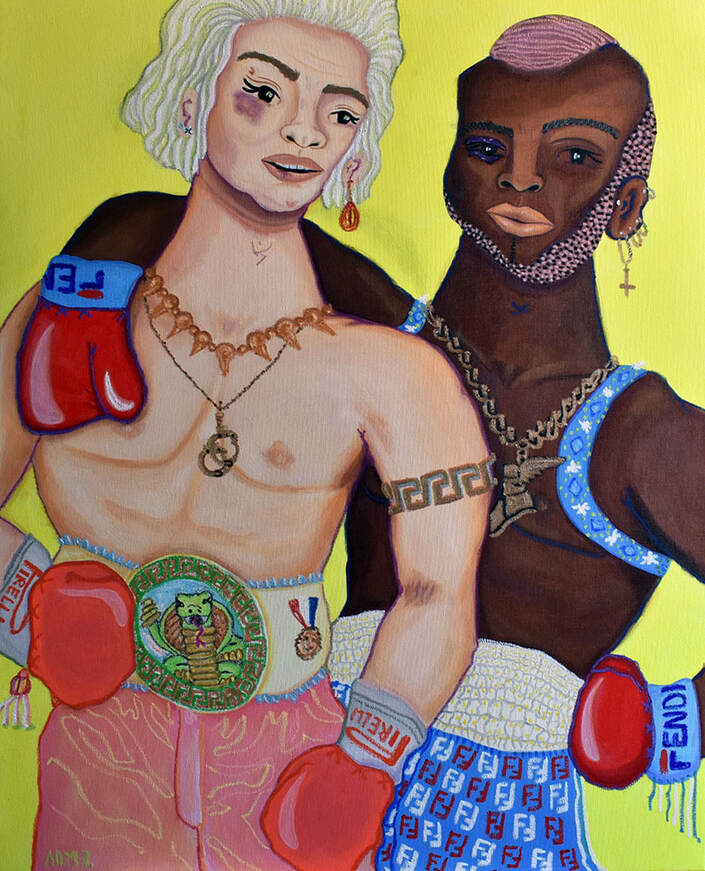 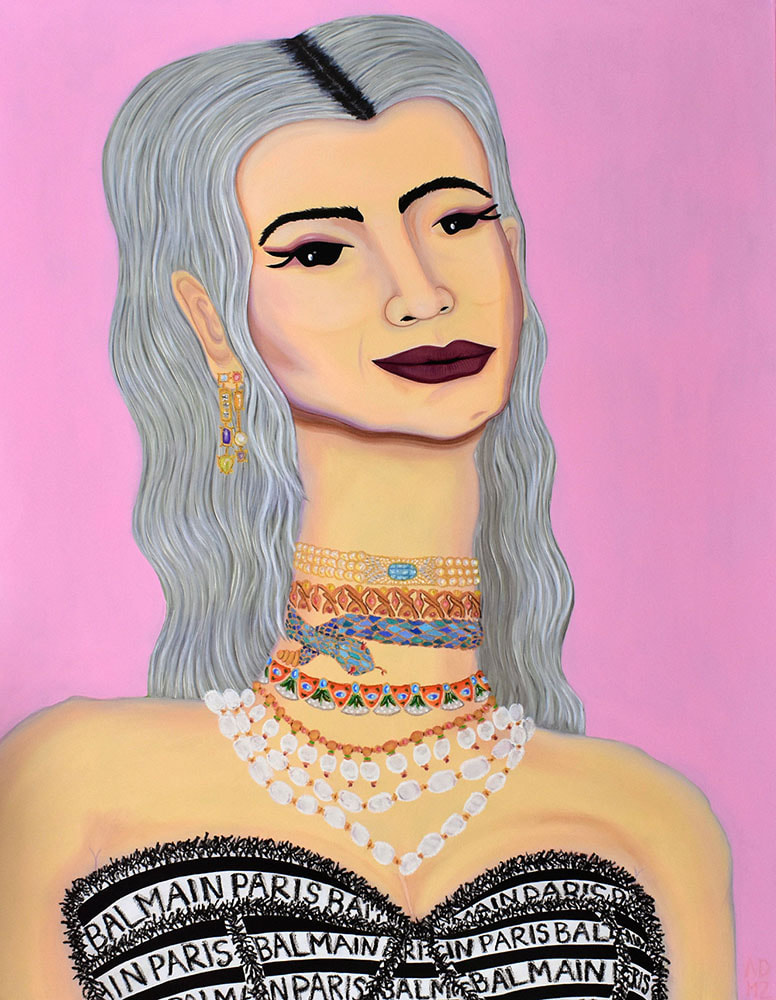 Daniela Adamez (1986) was born and raised in Colombia until the year 2000, when she moved to Spain with her family due to the violent political situation. Barcelona became her hometown, where she completed her studies in Political Science and began working for the local government. A year later she initiated a 6-year experience as an international strategy consultant working for governments and international organizations from several countries of the EU and Africa. In 2012 she moved to Rome for two years, then to Luanda for another two years. In 2015, her passion for art led her to quit her job and pursue a career as an artist. Her artistic training is self-taught, developed during her childhood, spent painting the shapes from the pre-Columbian art imagery that surrounded her. Currently established in Barcelona, her works as an emerging artist have been exhibited in galleries and in several international art fairs.
Published January 15th, 2020, Interview responses collected in the months prior

What projects are you working on right now?
I'm starting to prepare additional pieces for my next solo show, which will take place at the Noloso Gallery in Milan in October 2019. The pieces will pertain to the series entitled "Things You Have That They Think You Shouldn't. But I Do.", which I started developing earlier this year for my last show at Villa del Arte Galleries in Barcelona last June. The concept of this series is based on the sociological definition of luxury, understood as "the things that you have that I think you shouldn’t", a definition that I find so interesting as it seems to capture the root of human envy. Thus, this set of paintings presents a series of scenes in which luxury is portrayed as freedom of identity, of being, and of expression. The idea is that when facing the various images of exaggerated luxury, viewers will be confronted with their own beliefs about abundance and material scarcity.

How do you keep yourself accountable in your practice?
Accountability has been a lot in my mind lately. During my last years of practice, it hasn't been an issue, mainly because I've been very focused and disciplined on the path of developing an artistic style of my own and relentlessly trying to create opportunities to gain exposure. On this note, deadlines used to be very effective with me accountable. But all this has changed a lot in the past few months because one of my parents fell ill and that's really taken a toll on my work. I'm currently trying to introduce a new working schedule for my practice, aiming to force myself to work everyday a certain number of hours despite of what's happening in my personal life.

How do you stay motivated to pursue your creative work?
I make a conscious everyday choice and effort to do so. Taking into account that I've chosen to become an artist despite all odds: after pursuing Political Science Studies and a career in that field, after quitting my job, moving countries and finally starting this path 4 years ago. I guess that process is my main motivator to continue to pursue my creative work. Just remembering all the life changing decisions I’ve made to go after this. But I can't say that it's an easy task, especially now when I'm going through a tough moment.

Where do you hope to be 10 years from now and what would you like to say to yourself?
I hope I'll be able to say to myself: "Congratulations, you made it! You kept on going and stayed focused! Take a breath to enjoy it but now, even more than before, keep on going!" I'm 33 years old now, so by the time I'm 43, my hope and goal on the professional level will be for my art practice, exposure and sales to continue to grow steadily. Hopefully being able to work with international galleries that could represent and market my work efficiently on a continuous basis. Also I think my work “works” best in larger formats, so, by then I also hope I’ll have moved to a larger studio. Maybe not in Barcelona, we’ll see! ​ 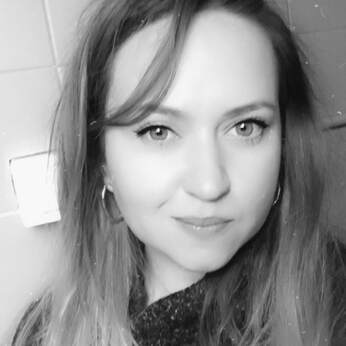 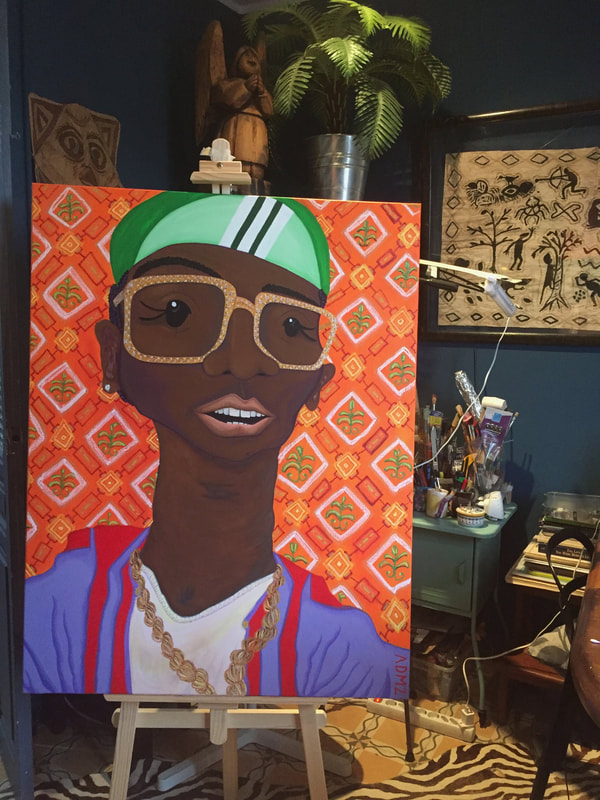